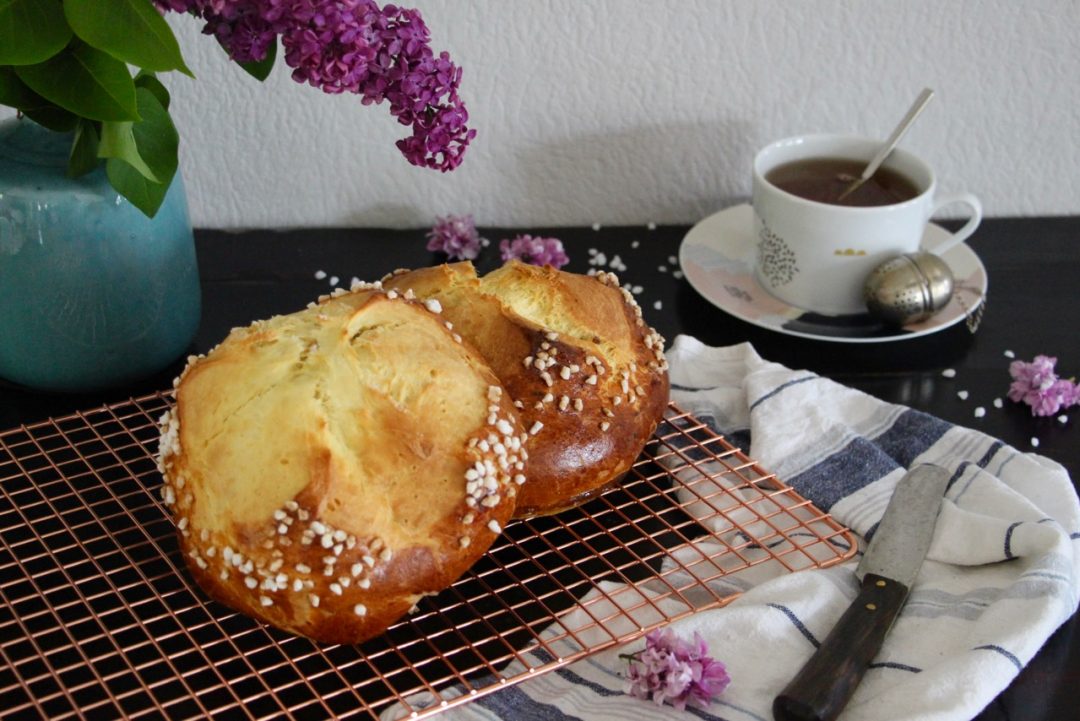 I’ve been having this recipe in mind for years! Years that once Easter was gone, I told myself that I would make it the next year!

The brioche “mouna” from Oran !! 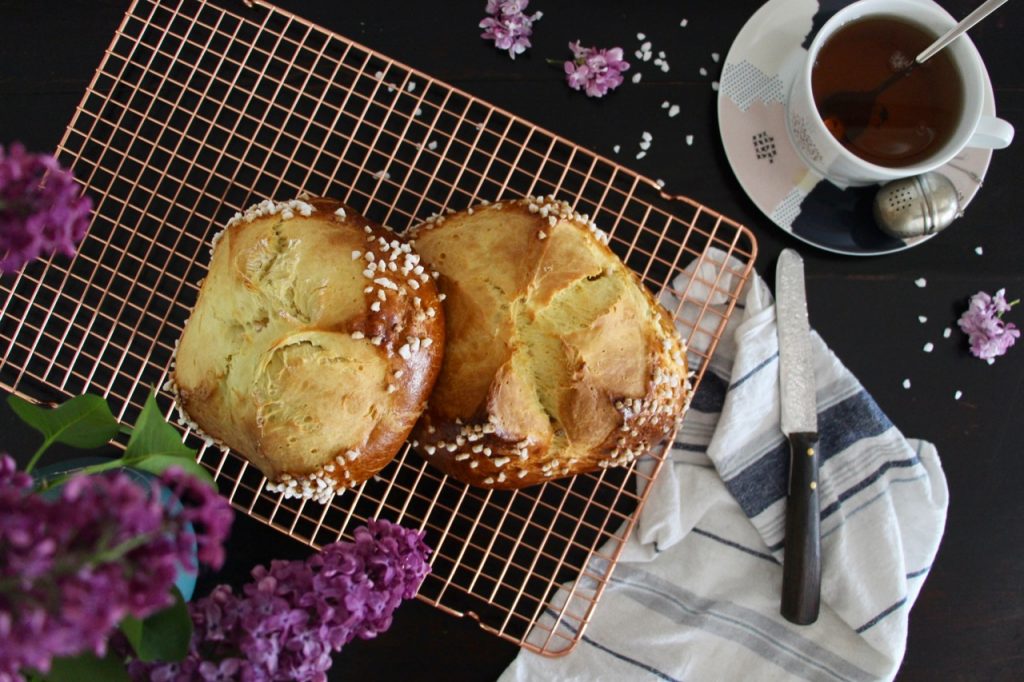 And this brioche “mouna” from Oran keeps popping on my Facebook feed at Easter season since part of my family makes it every year.

My reputation was at stake!! 😉 I had to try even if Easter is already behind us… 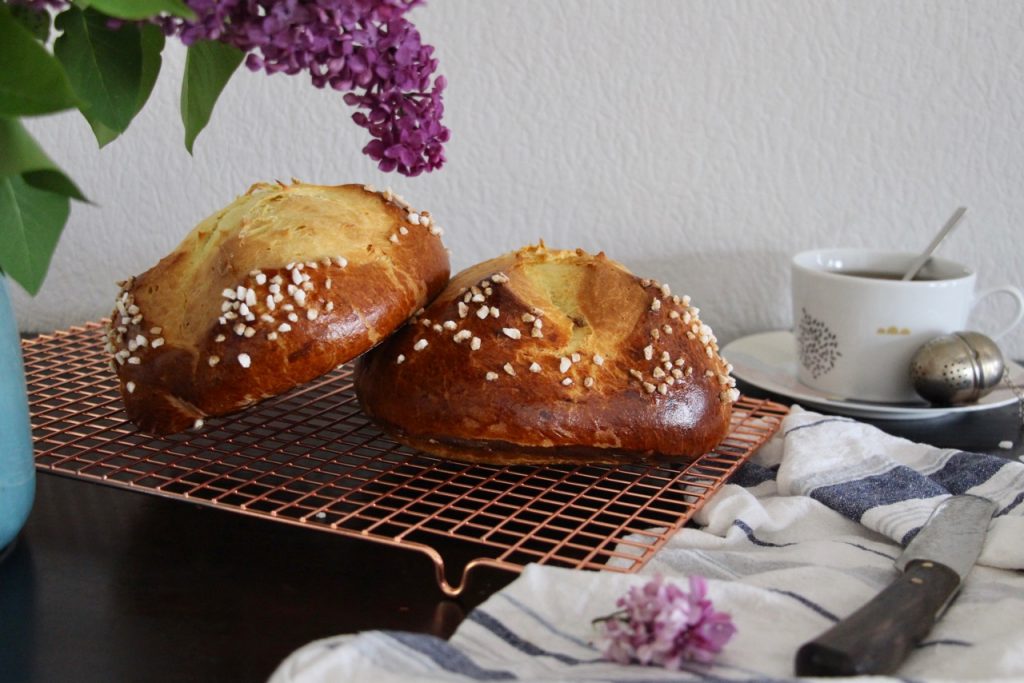 Before going for the recipe, a bit of history…

The mouna was made by the mother and children; it was cooked at home or at the bakery. It was eaten on Easter day and the next Monday. This brioche wasn’t bought but made to be offered to family and friends. 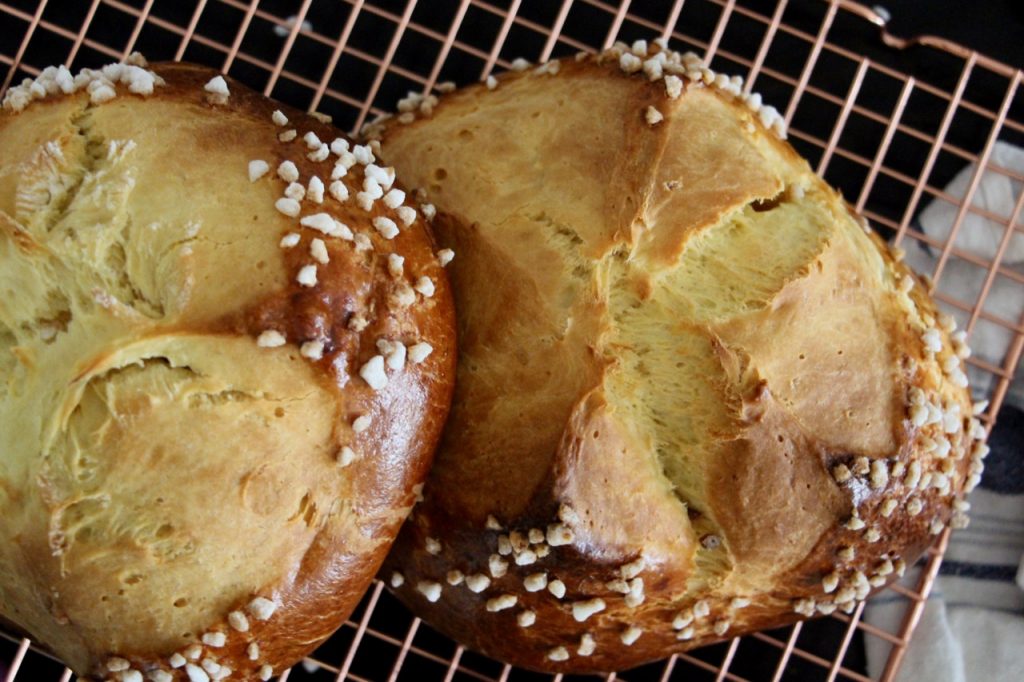 The mouna or mona was introduced in the South of France, in the 60’s, when the Pieds-Noirs were brought back to France. 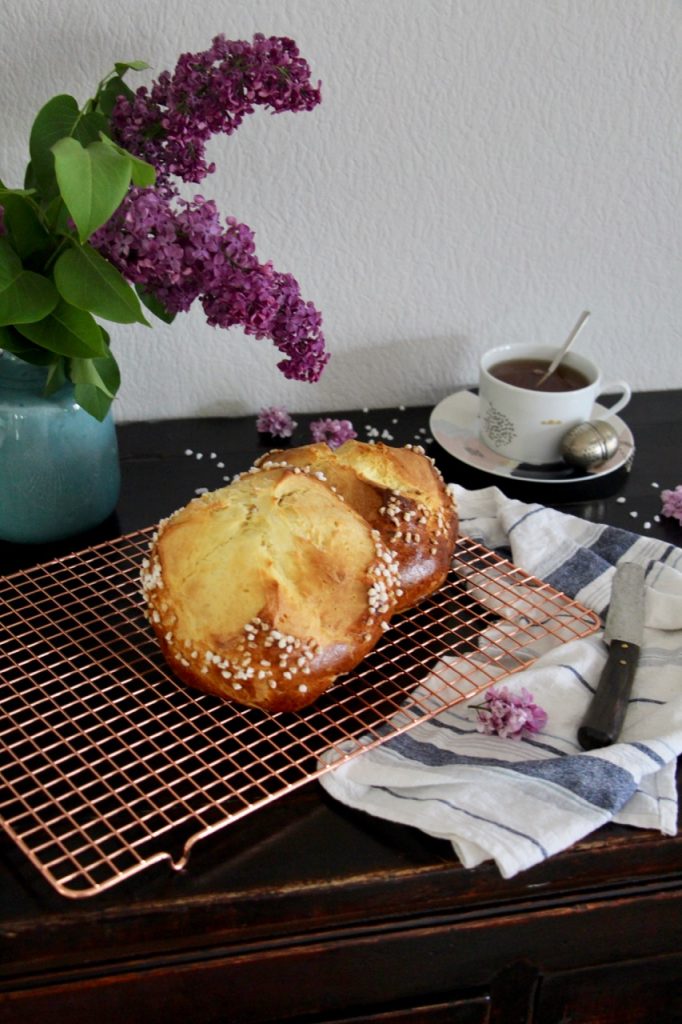 There are quite a few hypothesis about the origin of this brioche, mainly linked to the celebration of Easter. 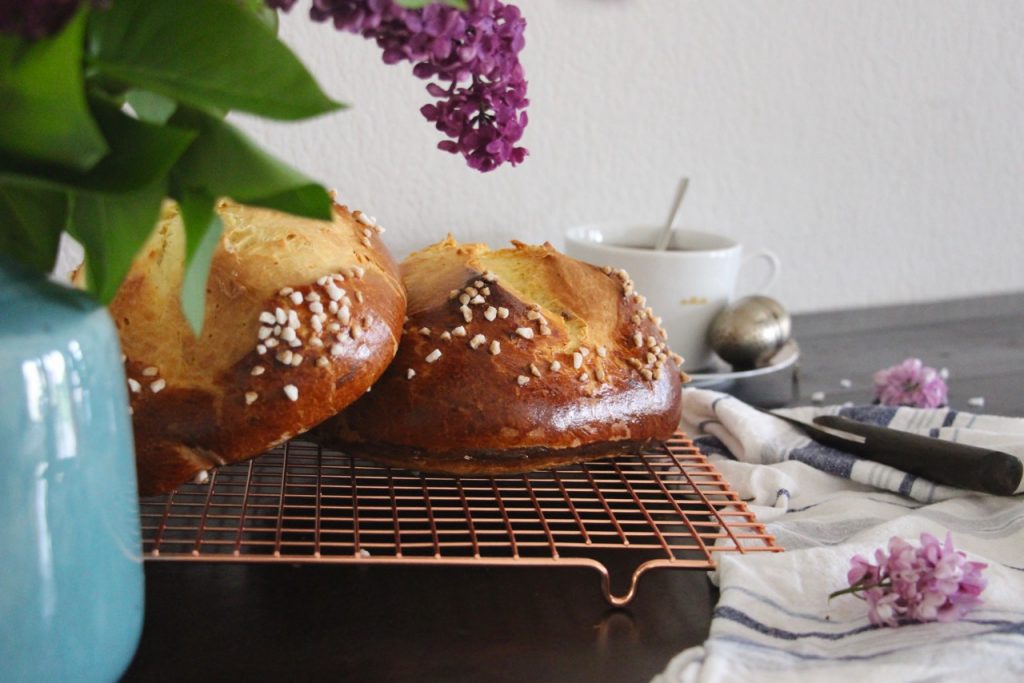 Now let’s have a look at the recipe.

The process is similar to your usual brioche. Yet there are a few main differences:

– you will make a sourdough with anise tea

– and there is only one rising time, but that will last a whole night!!

This should be taken into account when planning to make it… 😉 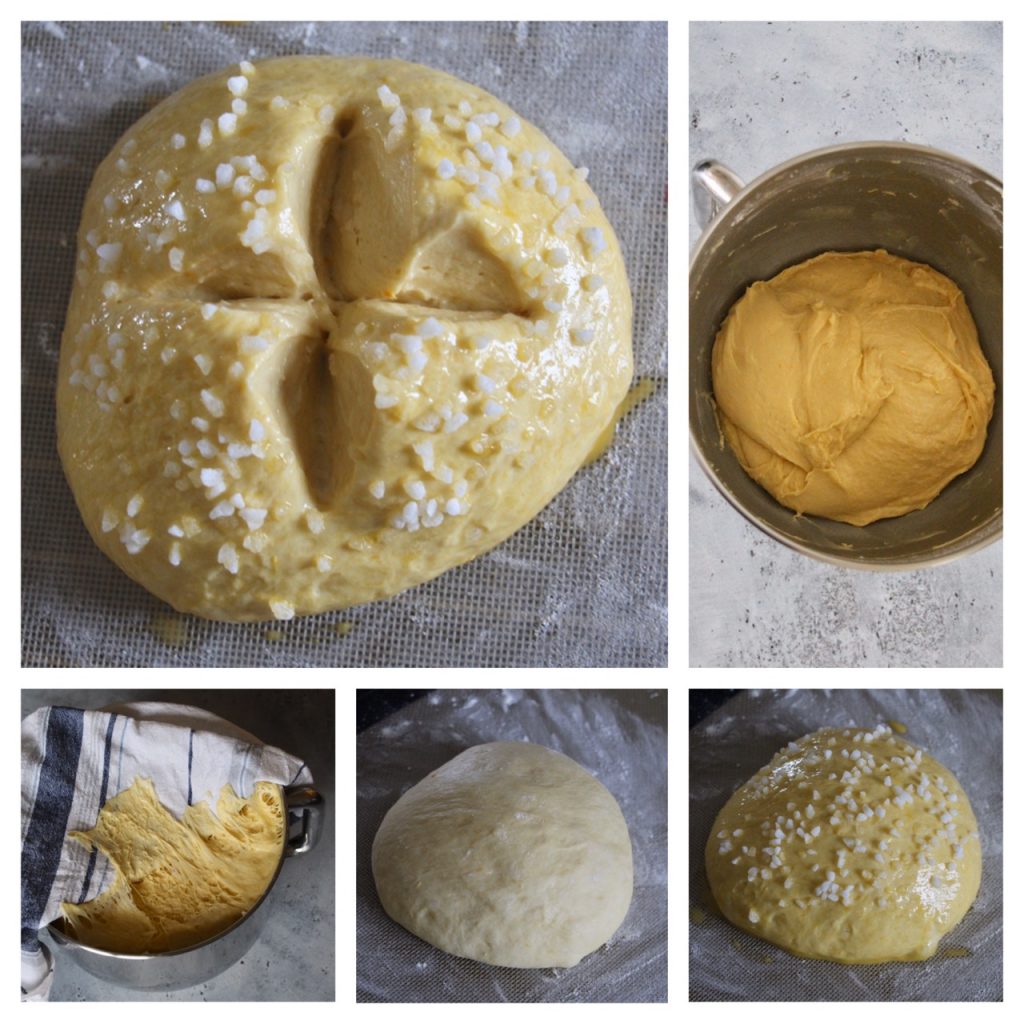 A food processor with kneading hook (it was made by hand back in the days… but…),

And two baking mats (or two trays with baking paper). 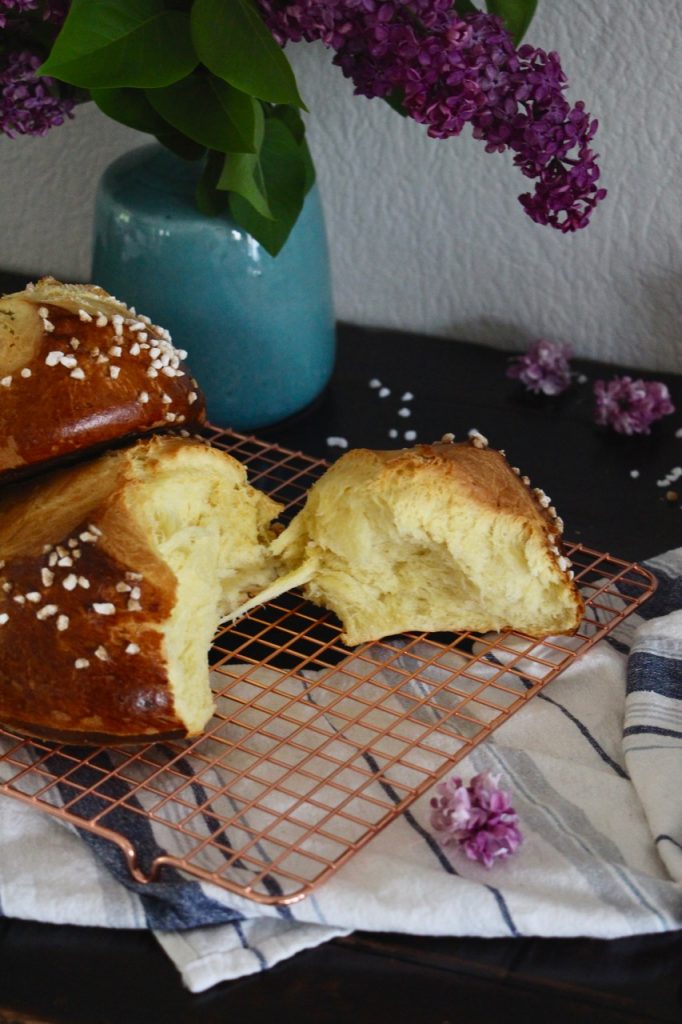 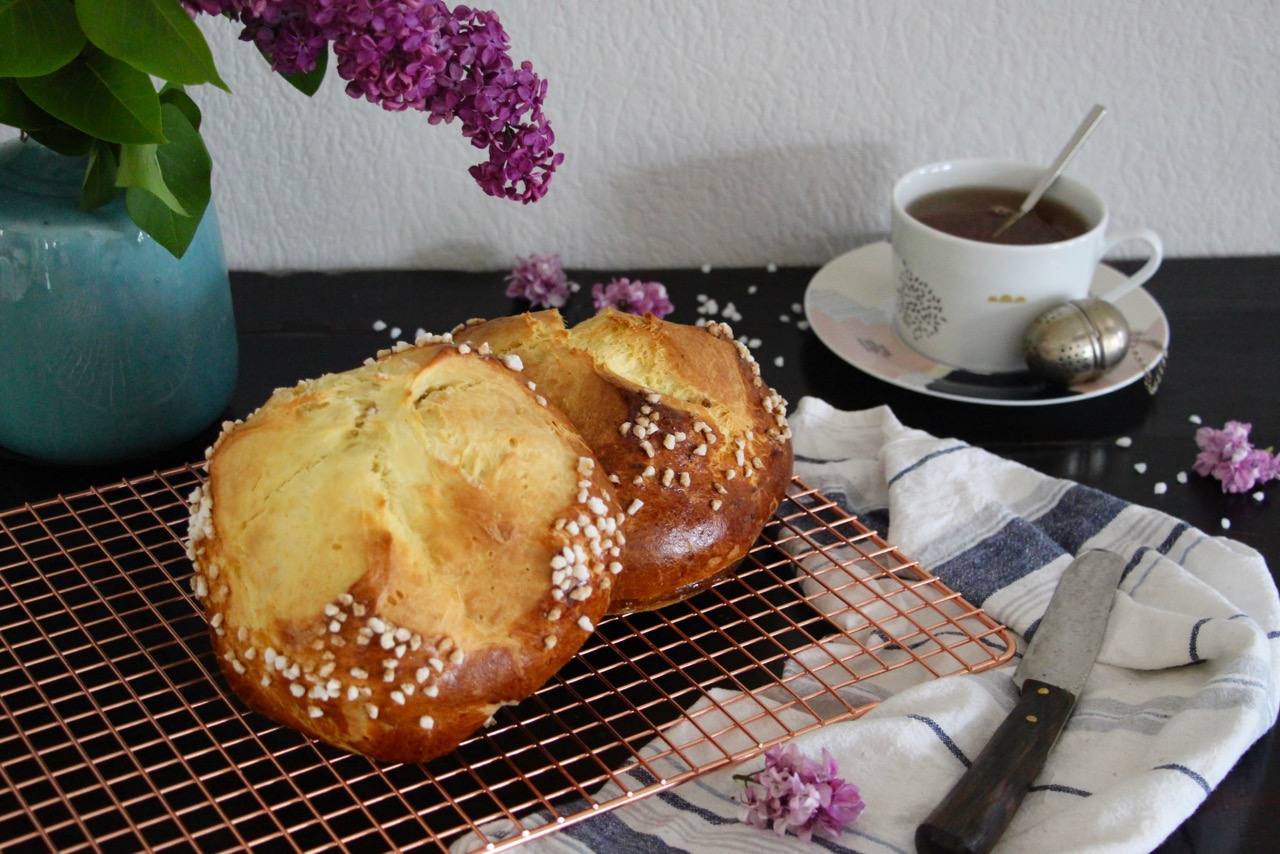 Pour the anise seeds in a teacup.

Boil a bit of water and pour in the cup. Let cool down at least 20 minutes (it shouldn't exceed 37 degrees).

Add the anise tea little by little (without the seeds) and mix. You should get a sticky mixture but not liquid (I put 12 teaspoons).

Cover with a clean linen and let rise on your working plan.

In the meantime start making the dough.

Mix until you get an homogeneous mixture.

Your dough shouldn't stick to the bowl. Add a bit of flour if needed (maximum 50 g).

Cover with a clean and humid linen and let rise on your working plan all night long.

The next day, preheat your oven at 180 degrees.

Flour your working plan and pour the dough.

Make two balls and place them each on a baking mat.

Let cool down on a grid. 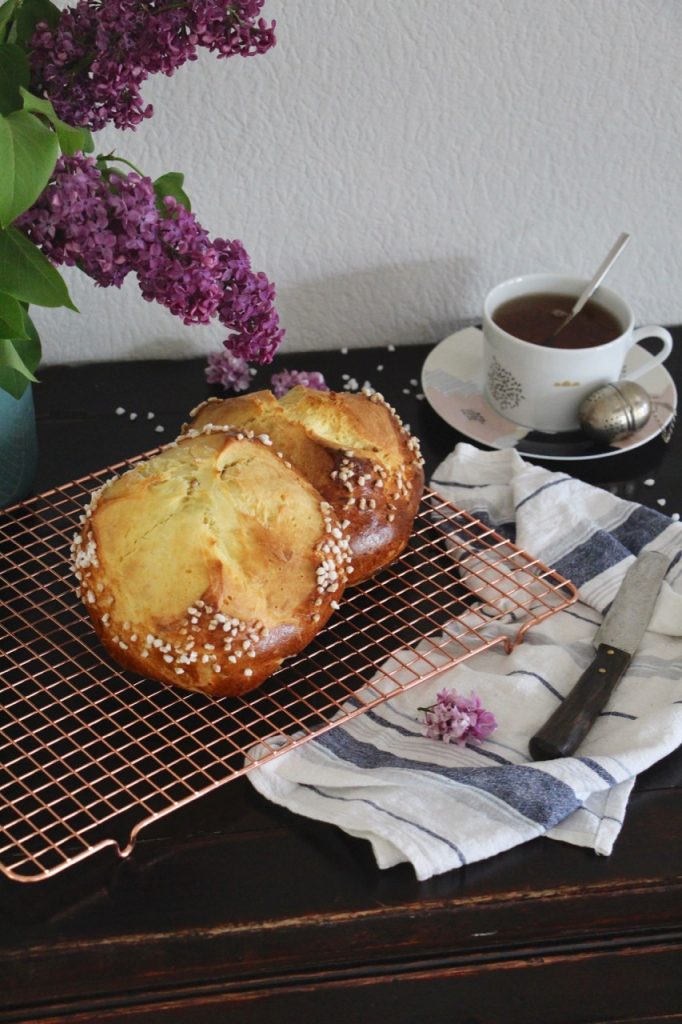 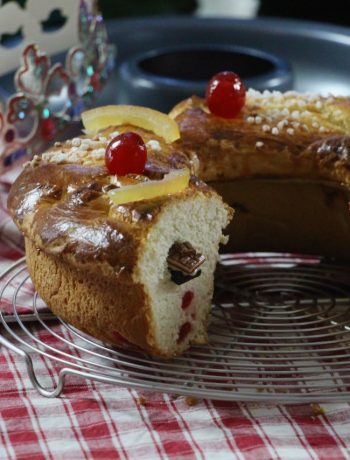 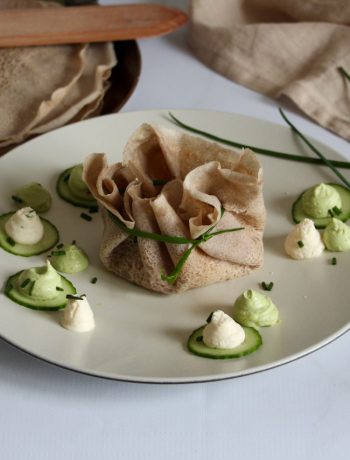 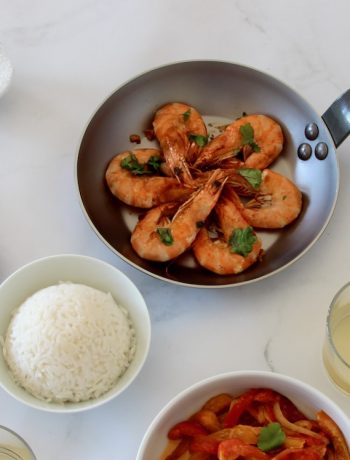 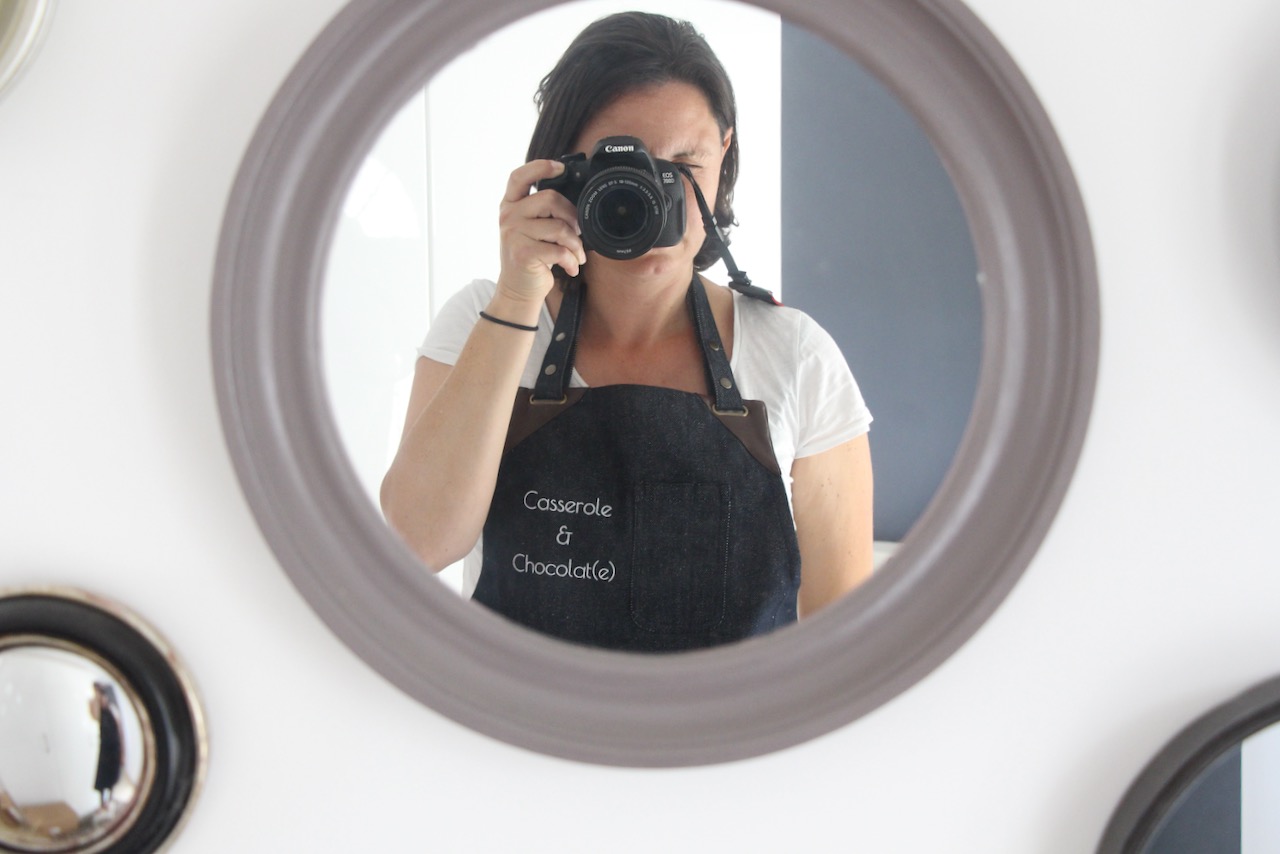